As you arrive to Mohammed the V airport in Casablanca, we will be there to welcome you, provide you with assistance and pick you up to check into your hotel.

After having a delicious breakfast, our morning tour will start by visiting Hassan the II Mosque, the largest Mosque in Africa and the fifth largest Mosque in the world. Its minaret is the longest in the world with a length of 210 meters (689 feet). Inside the mosque is a real masterpiece in which different Moroccan craftsmen celebrate and depict parts of the Arabic-Muslim art through calligraphy (Qur’anic verses) and sculpturing on plaster. As we enjoy the economical capital of Morocco, we will head towards the administrative capital of Morocco, Rabat. In this city, we will visit Hassan Tower, an incomplete mosque and minaret, and the mausoleum of Mohammed the V, which is considered a masterpiece of modern Alaouite dynasty architecture. Following this, we will leave towards Volubilis, which is an archaeological site that still contains some of the ruins and landmarks of the ancient Roman Empire. The site still maintains many important memorials such as, the Arch of Caracalla or the Triumphal Arch and many mosaics which speak a lot of stories about the daily life of the Romans at their time. Late in the evening, we will head to Fes to check into your hotel.

Today’s excursion will take place in one of oldest living Medinas in the world, the old medina of Fez. First, we will explore the narrow alleys of the old medina and its traditional souks. Then, we will visit other main corners of the old medina such as the 9th century Karawiyin Mosque and University, El-Attarine school, Fontaine Ennajarine, and the mausoleum of the city founder “Moulay Idriss II”. After having lunch, we will visit some of the tanneries of Fes to see how leather is traditionally made. Then, we will walk inside the new medina of Fez (Fez Jdid) before heading back to the hotel.

In the early morning, we will leave Fez towards Merzouga via a number of beautiful cities and Berber villages. Our first stop will be Ifran or “the Switzerland of Morocco”. In this beautiful city, you will enjoy its magnificent gardens as well as taking memorial pictures near a sculpted lion which represents an important monument inside the city. As we leave Ifrane, our second stop will be the cedar forests of Azrou whose monkeys add a touch to the beauty of the place. After that we will continue to Midelt, a Berber village famous for apple production, where we will have lunch. As you finish lunch, we will head to Merzouga over Tizi-n-Talremt pass, Ziz Valley and a number of villages such as Rich, a small Berber village marks the end of the high Atlas mountains, Errachidia, the main city of the region, and Erfoud, which is famous for its date festival and fossils shops. By the evening, we will be at the doors of Merzouga where you will enjoy a spectacular sunset from the top of the dunes before checking into your hotel.

After having breakfast, we will go to Khamlia, which is regionally known as the village of black people coming from Sudan, to enjoy live Gnawa Music. Then we will continue our tour through crossing some sand dunes to meet some nomads. They will warmly welcoming you in their tents through offering you mint tea and sharing with you their lifestyle, customs and traditions. Following this, we will head back to the hotel to rest before riding camels to explore the desert and sightsee a marvelous sunset. After that, we will head to a bivouac (camp-fire) where you will spend an incredible night full of Berber drum music, dancing, singing and looking at a starry sky.

Today’s trip will begin with waking up early so as to enjoy a spectacular sunrise. Then, we will ride the camels back to the hotel to have breakfast and take a shower. As you get ready, we will leave Merzouga towards Ouarzazate. But before we will stop in Erfoud to visit some fossils and marbles shops to see how they are made and excavated. We will stop also in Todra Gorges, a series of high limestone river canyons, where you will have lunch and explore the place on your own. After that, we will continue our trip to Ouarzazate vie Dades valley, Kelaat Mgouna and Skoura. By the late evening, we will be in the Hollywood of Africa, Ouarzazate.

After having breakfast, we will head towards the Aït Benhaddou Kasbah, a fortified village and a UNESCO World Heritage. This well-known Kasbah in Morocco is situated on a hill near the Ouarzazate River. Therefore, to walk inside the Kasbah you will need to equip yourself with comfortable shoes to cross a river and climb the Kasbah’s hill to enjoy looking at the Kasbah from the top. The Kasbah is also well-known for being the setting for many international films such as, Lawrence of Arabia and Gladiator. As we finish exploring the Kasbah, we will leave to Marrakech via the high Atlas Mountains. Late in the evening, we will arrive to Marrakech and then we will accompany you to check into your hotel.

Today, we will have a full-day tour to explore the Red city, Marrakech. We will start visiting the Medina to make you feel the sort of popular lifestyle that cannot be found anywhere else except the old medina in Marrakech. Our sightseeing tour will cover also a number of beautiful places such as, El-Koutoubia Mosque, the Majorelle Garden and the Menara Garden. Besides, you will explore one of the famous squares in Morocco, Jemaa el Fnaa. In this place, you will see how many aspects of the Moroccan culture are uniting and blending into a one picture full of beauty, diversity, and entertainment. In the evening, we will accompany you to the hotel or the airport. 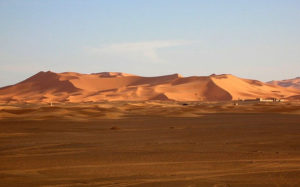 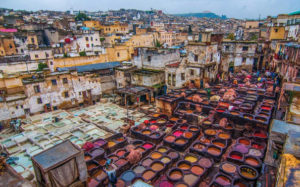 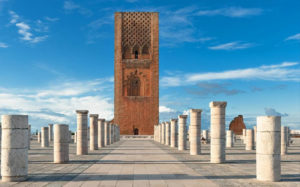 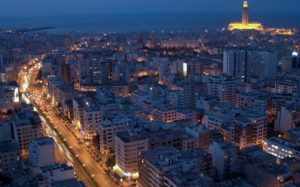