8 day tour in morocco from tangier to the desert

8 day tour in morocco from tangier to the desert

Upon your arrival to Tangier Port, we will be there for welcoming you and then taking you on a tour inside the city. In Tangier or as most Moroccans like to call it the “Bride of the North”, we will explore its most important places before traveling to Chefchaouen. In this blue city, we will explore the old Medina with its narrow alleys, white and blue washed walls, and shops which offer unique natural handicrafts. Following this, we will visit Rass El-Ma (the head of water) which is the main source of water in the city. As we move up to Rass El-Ma, you will certainly enjoy looking at an array of unique natural scenes which attracts thousands of visitors each year. In the afternoon, we will go to the hotel to spend the night.

After having breakfast, we will leave to the cultural and spiritual capital of Morocco, Fes. On the way, we will stop to visit Volubilis, an archaeological site which still contains some of the ruins and landmarks of the ancient Roman Empire. The site still full of many important monuments such as, the Arch of Caracalla or the Triumphal Arch and many mosaics dating back to 25BC which tell a lot of stories about the daily life of the Romans at their time. Then, we will head to Meknes for lunch. After lunch, we will visit the most important places of Meknes such as, Bardain Bab, Bab Khamis, Moulay Ismail’s Mausoleum, Bab Mansour, and Lhdim Square which most tourists describe it as a real bridge between the past and the present and a place where Moroccan traditions coexist with modernity. In the evening, we will continue our way to Fes where you will have dinner and spend the night.

After having breakfast, we will sightsee with a local official tour guide one of the oldest living Medinas in the world, the old medina of Fez. First, we will explore the narrow alleys of the old medina with its traditional shops. Then, we will visit other main places of the old medina such as the 9th century Karouine Mosque and University, El-Attarine school and the Fontaine Ennajarine. We will also visit the mausoleum of the city founder “Moulay Idriss II” and some of the tanneries, especially the tannery of Chouwara, to see how leather is traditionally made. After lunch, we will visit the Batha Museum to go on a historical journey about the city of Fez. In the evening, we will visit Bad Boujloud, Mellah (a Jewish quarter) and the king palace before having dinner in a traditional Restaurant. Night will be spent in the hotel/Riad.

After breakfast, we will leave Merzouga towards the Hollywood of Africa, Ouarzazate. First, we will stop in Rissani which houses the mausoleum of Moulay Ali Cherif, the third great-grandfather of Moulay Cherif who is the founder of the Alaouite Dynasty of Morocco. In Rissani, we will visit the Sijilmassa souk (market), which is the largest in the region, in order –if you want- to buy some crafts and souvenirs. Then, we will visit as old Kasbah such called the Kasbah of ‘Oulad Abed Lahlim’ (the sons of Abed Lahlim) which is also known by Alhambra. Our last visit, will take place in the mausoleum of Moulay Ali Al-Sharif and The Museum of Lfida. Following this, we will continue our way to Todra gorges, a series of high limestone river canyons near the city of Tinghir. As we arrive to Todra Gorges, you will have free time to explore the uniqueness of the place on your own. As you have lunch, we will head to Ouarzazate vie Boumalne Dades, Kallat Megouna and Skoura. Night will be spent in Ouarzazate.

In the morning, we will walk a little inside the city to explore its main sites such as, the Kasbah of Taourirt and the cinema studios where many international films have been filmed. Following this, we will head toward the Kasbah of Aït Benhaddou, a fortified village and a UNESCO World Heritage. This Kasbah is well-known for being the setting for many famous films such as, Lawrence of Arabia and Gladiator. After having lunch in a local restaurant close to the Kasbah, we will drive towards Marrakech through Tizi N’tichka Pass. Late in the evening, we will be in Marrakech where you will have dinner and spend the night.

Today, we will have a full-day tour to explore the Red city, Marrakech. Our excursion will start with visiting the old Medina to feel the sort of popular lifestyle that cannot be found anywhere else except the old medina in Marrakech. Our sightseeing tour will cover also a number of beautiful places such as, the Menara gardens, El-Koutoubia Mosque, the Saadian Mausoleum, and Dar Si Said (the house of Si Siad) which is an art-gallery of Berber arts and crafts. We will also visit both the Bahia Palace which is a palace built in the late 19th century in order to document the beauty of the Islamic and Moroccan style and architecture and El-Badi palace, a palace which currently represents a popular tourist attraction because of its unique designs. Besides, you will explore one of the famous squares in Morocco, Jemaa el Fnaa. In this place, you will see how many aspects of the Moroccan culture are uniting and blending into a one picture full of beauty, diversity, and entertainment. In the evening, we will accompany you to the hotel or the airport.

After having breakfast, we will pick you up to the airport of Marrakech or Casablanca. 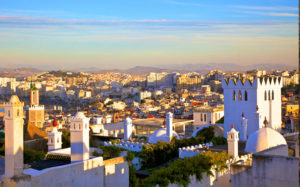 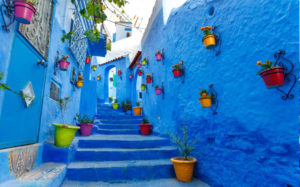 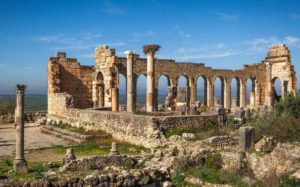 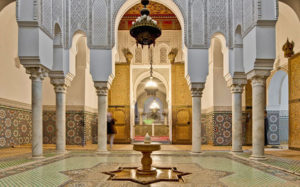 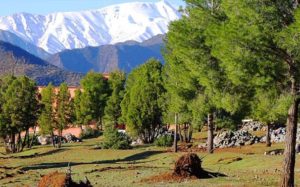 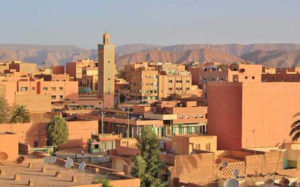