In the morning, we will pick you up from the hotel in Marrakech to Dades Gorges via Tizi-n-Tichka Pass. Along the way, we will have many breaks so as to explore different views and places. First, we will stop in Telouet to visit the Kasbah of “Basha Glaoui Ethami” before driving towards another beautiful Kasbah called the Kasbah of AIT BEN HADDOU. This Kasbah, which is built also by El-Glaoui Ethami, used to be one of El-Glaouis’ stops in his long journeys to Marrakesh, but now it is a UNESCO World Heritage which attracts thousands of tourists every year. The Kasbah is also well-known for being the setting for many films such as, Lawrence of Arabia, Gladiator, and many others. After having lunch in restaurant close to the Kasbah, we will head to Dades valley to spend the night.

After breakfast, we will leave Dades Gorges towards Todra gorges, a series of high limestone river canyons near the city of Tinghir. As we arrive to Todra Gorges, you will have free time to explore the uniqueness of the place on your own. After that, we will continue our way to Merzouga via Tinjdad, Jorf, and Erfoud, which is known with its fossils and marbles workshops. By the evening, we will have been in the heart of the southeastern desert of Morocco, Merzouga. As you get some rest, we will ride camels to explore the dunes of Erg Chebbi and then climb a sand dune to sightsee a fabulous sunset. Following this, you will spend the night in a Bivouac where you will spend an unforgettable night full of Berber drums music, singing and dancing.

Before sunrise, we will wake you up so as not to miss the chance to sightsee a breathtaking sunrise in the heart of the desert. After that, we will ride the camel to get back to the hotel. After having breakfast and taking a shower, we will start our journey to the Hollywood of Africa, Ouarzazate. All along the way, you will enjoy sightseeing different Berber villages like Tinjdad, Tenghir and Boumalene Dades. In the evening, we will arrive to Ouarzazate where you will spend the night.

Day 4: Ouarzazate – Berber Villages and atlas Mountains – Back to Marrakech.

After having breakfast, we will leave Ouarzazate towards Marrakech or ‘the red city’ via Tizni Tichka Pass and a number of small Berber villages. On the way, we will stop to sightsee some impressive views where the High Atlas Mountains and the valleys draw beautiful landscapes. Late in the evening, we will arrive to Marrakech and then we will accompany you to check into your hotel. 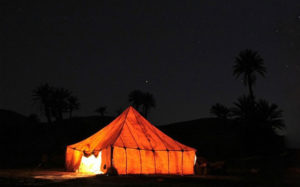 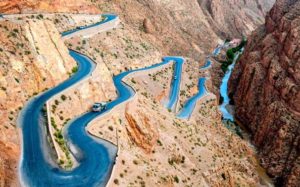 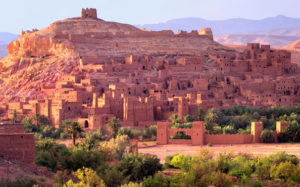